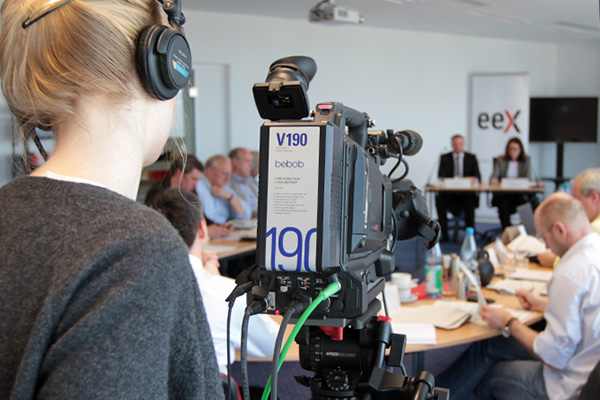 A press conference, referred to as “PK” is a fundamental part of the public relations work of politicians, non-governmental organizations (NGOs), institutions, associations, initiatives, companies and persons engaged in public affairs. Important information and statements about current issues, annual reports or announcements are communicated to the members of press who are present at a press conference.

Depending on the size and the expected course of the press conference, it will be recorded with up to three cameras. The arrangement is chosen such that both the panel as well as potential questioners can be well filmed. 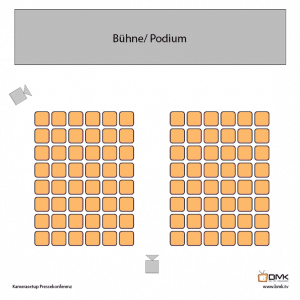 In the simplest case, a press conference will be recorded with a single camera, which is centered on the podium. This setting is often chosen in today’s news business and at press conferences with a small group of people. The favourable cost stands against a static camera position which allows the settings of only one perspective and swings are quite necessary.

We recommend using at least two cameras, especially with long-planned press conferences and presentations. So a varied and high-quality images can be obtained.

What can you expect from us?

Our team will arrive about 90 minutes prior to the press conference and we will build the camera, sound and recording technology. After a light and sound test we are done and ready to shoot. The camera and sound signals are mixed lively at the site and they are immediately available digitally for publication on the internet or intranet at the end of the press conference.

As a special service, you can offer to the journalists a possibility to load the recording and other documents immediately after the event on a USB stick.